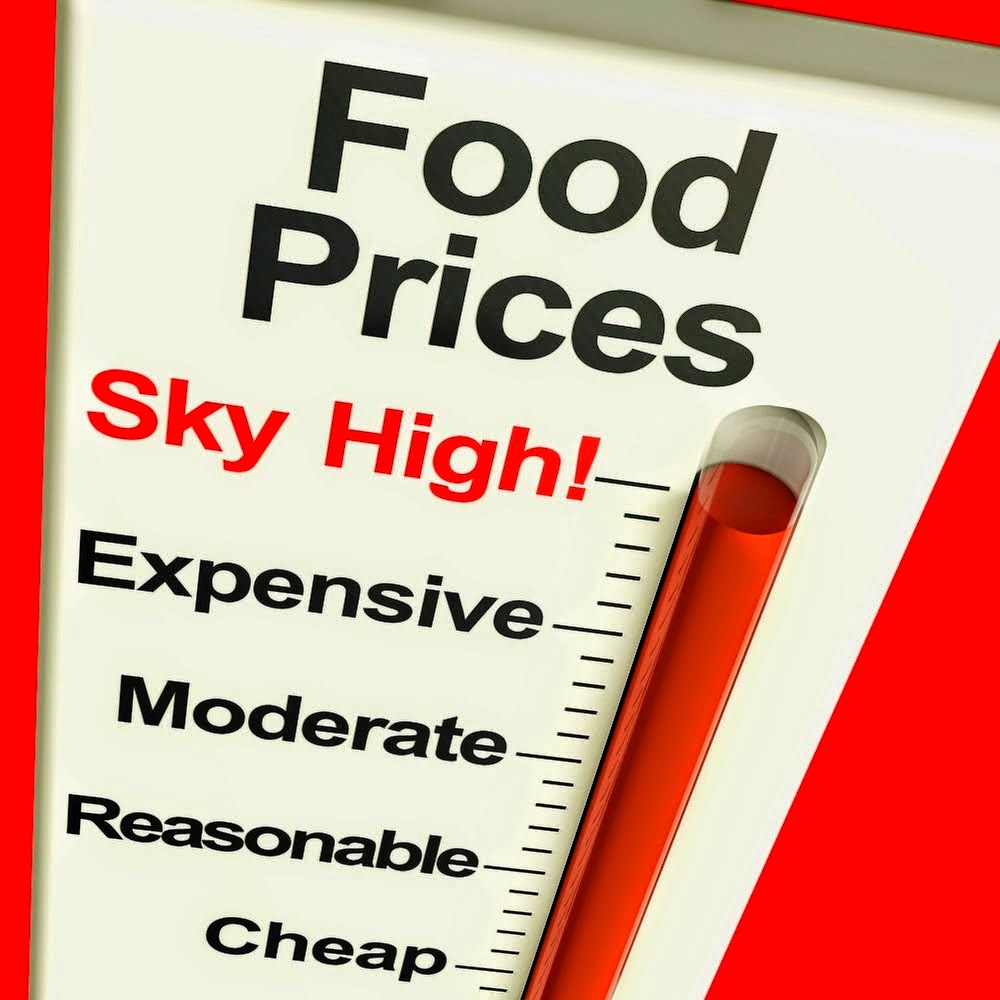 Some specialty items have gone up even more.  If you had invested in a warehouse of fresh pine nuts four years ago, you'd be able to retire comfortably today.

The question we should be asking ourselves--especially those of us who expect to rely on fixed income in retirement, is: is this trend going to continue?  Are food prices headed ever higher?  And if so, should we be adjusting our budgets for double-digit annual inflation at the dinner table?

As it happens, we are living in a perfect storm, where supply shortages have been caused by forces over which farmers and ranchers have very little control.  The biggest culprit is the multi-year drought in much of the western U.S.  California is in the midst of its longest--and worst--drought on record.   2013 was California's driest year on record, and a freak heat wave during this year's rainy season has put 2014 on track to break that dismal mark.  Farmers in the most productive agricultural land on Earth--California's central valley--have cut back on the number of acres planted as the snow pack in the Sierra Nevada mountains remains at roughly 15% of normal.  This matters to food consumers everywhere.  California produces a huge percentage of the nation's celery (95%), avocados (90%), cauliflower (89%), lemons (83%), spinach (83%), carrots (66%), broccoli (94%), strawberries (88%), bell peppers (50%) and tomatoes (30%).

The same drought pattern also extends deep into Texas, New Mexico, Oklahoma, Kansas and Nebraska, which have forced many of the nation's most productive beef cattle and feed growers to pare back herds and acreage.  At the same time, Florida's citrus growers are facing a deadly new disease called "citrus greening" that has devastated orange groves--and for which there appears to be no cure.  A relatively new hog virus called Porcine Epidemic Diarrhea Virus has significantly cut into pork production.  And coffee prices have exploded ever since a fast-spreading fungus infection has begun spreading across farms from Mexico all the way to Peru.  Hardest hit are the so-called "arabica" coffee plants, which produce the beans used in espressos and gourmet specialty coffee blends.

Normally, you hear commentators talk about commodity cycles, where higher prices in one year give farmers an incentive to plant more acreage, which means they produce more in hopes of taking advantage of those high prices.  The excess supply drives prices back down toward normalcy.  If prices are low, farmers cut back on acreage, and the lower production causes prices to rise back toward more normal levels.  Some analysts are trying hard to explain why these time-honored mechanisms seem to have failed us over the past four years.

The answer is simple: the current situation is out of the control of farmers.  Because of the unpredictable dynamics caused by Mother Nature, and the sudden advent of new crop diseases, food prices might stay high for at least a few more years--and they will be harder to predict as a retirement budget item.
Posted by Ted Feight, CFP® at 8:49 AM No comments:

Are Daughters a Better "Investment?" 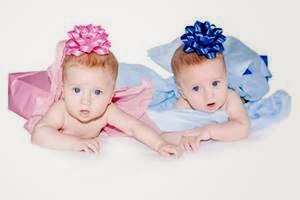 As Father's Day passes, a new survey from the online account aggregation firm Yodlee.com and Harris Interactive tells us that the financial relationship between fathers (and parents) can be very different for their sons vs. their daughters.  The survey found that an astonishing 75% of young adult men (age 18-34) are receiving financial aid from their parents, compared with 59% for comparable age daughters.  The financial dependency extends deep into adulthood; among sons aged 35-44, fully 32% are still living at home, while only 9% of women in that age bracket sleep in their former bedroom.  Even those numbers understate the disparity, because more than a third of the women who are living with their parents are doing so to support them in old age, something that sons are, according to the report, far less likely to do.

Overall, daughters are 32% less likely to need their parents' money, and twice as likely to move back home because they're unemployed.  By age 45, the survey found, most of these stark differences in financial independence have faded; sons lag only a few percentage points behind daughters in these two areas.  But then a new discrepancy emerges.  The survey found that older sons are half as likely as daughters to support their parents in old age.
Posted by Ted Feight, CFP® at 8:29 AM No comments: