I suspect much of this year’s first-half-December weakness was the result of heavier than usual tax-loss-selling pressure and Fed rate jitters.
Raymond James chief investment strategist Jeffrey Saut said that “the market has the potential for a rip your face off-type rally! It’s human nature to read into negativity, what happened last Friday, but it really doesn’t deconstruct the bullish case right here. You’ve got massively oversold conditions in the equity markets. You’ve got a December’s option expiration in the trillion plus dollars that everybody is worried about – it typically has a bullish tilt to it…. The setup is pretty good for a rally to the upside that's going to surprise a lot of people. I think you could make new highs by the end of the year – new all-time highs.”
Typical first-half-of-December weakness was a bit magnified this year. The lackluster performance of the stock market this year, Fed-rate-hike handicapping, new lows in crude, and a mini-run on junk bonds all exacerbate normal yearend tax-loss selling. But this appears to be setting the market up for a yearend Santa Claus Rally.
The Santa Claus Rally is a very important signal as to what to expect in 2016. Yale Hirsch defined the Santa Claus Rally in 1972 as a seven-trading-day period that spans the last 5 trading days of the year and the first two of the New Year. If the Santa Claus Rally does not happen stock markets are usually negative, flat or suffered a bear market.
The other reason the Santa Claus Rally is so important is that it helps drive up beaten down bargain stocks.
Investors tend to get rid of their losers near year-end for tax purposes, often hammering these stocks down to bargain levels. And this year is a pretty good example. Over the years the NYSE stocks selling at their lows on December 15 will usually outperform the market by February 15 of the following year.
If it does not transpire it is not a great sign for 2016. Stay tuned!
Posted by Ted Feight, CFP® at 7:47 AM No comments:

Of course, no person alive knows exactly what drives the psychology of millions of investors, despite the confident analyses you read in the papers and see on cable financial news channels.   Yes, on Wednesday and Thursday, some investors may have been disappointed that the European Central Bank provided only the stimulus to the European economies that it had promised—when everybody seemed to be expecting more.  Analysts said that the rally on Friday was due to the encouraging jobs report issued by the Labor Department, which told us that 211,000 net jobs had been created in November, rather than the 200,000 that had been forecast. 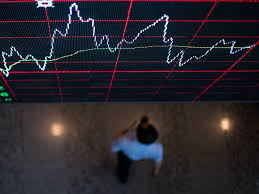 But does any of this make sense?  Stimulating the European economy means more potential buyers for American goods and potentially more euros to buy them with.  Shouldn’t that cause American stocks to be MORE valuable than they were before?  The jobs data, meanwhile, means there will be more competition for workers, which often leads to higher wages and correspondingly diminished corporate profits.  Above and beyond that, the reassuring employment picture means that the Federal Reserve Board is now nearly certain to allow short-term interest rates to rise on December 16.  Shouldn’t that cause stocks to be less valuable?

The truth is that none of these events causes stocks to change their real intrinsic value in the least, and you should be skeptical every time you hear journalists draw links between headlines and stock movements.  The magnitude of the shifts should be a clue; how can a company—let alone a basket of 500 companies—be worth 2% more one day than it was yesterday?  Did they all win the lottery?  Did they all get caught making significant accounting errors that understated their earnings?  How much more likely is it that investors have to make guesses—sometimes wild ones—as to the value of companies, getting it more or less right over time, but constantly over- and under-shooting in their daily guesses?  If you follow this line of reasoning, it is helpful to note that the value of U.S. stocks, despite all this back and forth action, was essentially unmoved for the week, and pretty much unmoved for the year.

The markets may go back down on Monday, or they might soar.  This year may or may not end with a net gain.  None of that matters to your portfolio, which is slowly increasing in value to the extent that the companies you own are building value in ways that have nothing to do with the headlines.  If the world comes to an end, that will have an impact on the markets that we can measure with some precision.  Short of that, short-term market movements, and particularly the explanations that writers and pundits attach to them, are entertainment—and not especially entertaining at that.

Our recommendation?  Go watch a movie instead.
Posted by Ted Feight, CFP® at 4:20 PM No comments: 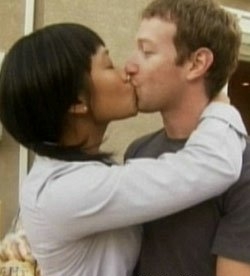 You may have read that Facebook founder, chairman and CEO Mark Zuckerberg has announced plans to gift substantially all of his Facebook stock to a philanthropic entity called the Chan Zuckerberg Initiative, named after himself and his wife Priscilla Chan.  The gift would be worth $45 billion, instantly becoming one of the largest philanthropic pools in the world.

The donation is remarkably tax-efficient.  By making the gift in shares rather than cash, Mr. Zuckerberg will get a charitable contribution deduction on Schedule A of his 1040 form, with the deduction based on the fair market value of the shares.  At the same time, he will completely avoid having to pay capital gains taxes on the appreciation of those shares.  The LLC can then sell the Facebook stock or hold it and dole it out to charitable organizations and pay no tax regardless of how big the gain.  Basically it means that one of the world’s great fortunes will never be taxed, while Mr. Zuckerberg will be able to shelter billions of dollars worth of other income from federal taxation.
Posted by Ted Feight, CFP® at 7:48 AM No comments: