Financial advisors and the investment community were shocked this past Friday when Bill Gross, sometimes referred to as “the bond king” resigned from Pimco, a firm he founded in 1971 that rose to become one of the largest mutual fund management firms in the world.  Gross also served as fund manager for the $221.6 billion Pimco Total Return fund, and made frequent television appearances.

Although the move was surprising, it was not hard to find reasons for the departure.  The Total Return Fund had seen investor redemptions totaling $68 billion in the past 16 months, and more recently, Gross has been under investigation by the Securities and Exchange Commission on a charge that an exchange-traded fund he was managing had illegally inflated its performance numbers.  Prior to that, Gross publicly feuded with the man regarded as his successor, Mohammed El Erian, who had become a public face of Pimco with his book outlining a “New Normal” in the investment landscape.

Gross has taken a new position at Janus Capital Group, where he will manage a new fund called Janus Global Unconstrained Bond Fund in a new Janus office to be opened near his home in Newport Beach, CA.  Some have speculated that investors will pull more money out of the Total Return Fund and follow Gross over to the new fund, where Gross will have the total control that he sought, and was denied, in his later years at Pimco.

What are we to make of all this?  Today’s mutual funds are typically managed under a team approach.  Gross was a throwback to an era when one manager would call all the shots and be rewarded (or not) according to whether his performance exceeded the market.  Over time, it became obvious that he was impatient with consensus decision-making, which simply means he was out of step with modern fund management styles.  It will be interesting to see if he is able to reproduce his (generally excellent) long-term track record in a more competitive market, particularly during this time period when the bond market has been dependent on Federal Reserve stimulus, which is winding down going into next year.  Many advisors benefited from Gross’s investment talents, but some are also undoubtedly happy to see Pimco Total Return managed in a more collaborative atmosphere.
Posted by Ted Feight, CFP® at 9:18 AM No comments:


Last fall it was Twitter.  Before that, it was Facebook.  Now it’s Alibaba, the huge Chinese e-commerce company that just became the largest tech IPO in history, after raising $21.8 billion in its initial public offering on September 18.

As it turns out, Facebook and Twitter turned out to be decent investments at their IPO price.  Post-IPO buyers purchased Twitter shares at roughly $45 a share, and over the nearly 12 months since, the stock has climbed to around $50--an 11% return that is below what the market as a whole has delivered, but above the negative returns most investors experience in the first year after a public offering.  Facebook has done better, starting life at $38 a share in May of 2012, following a very bumpy path that saw investors deeply under water for months, and then recovering so that shares are now trading around $75.

Will Alibaba continue the streak?  Amid all the hype, one voice to listen to is veteran emerging markets analyst/manager Mark Mobius, of Franklin Templeton Investments.  Mobius acknowledges that Alibaba has some interesting fundamentals--including a return on equity of 24%, operating margins of 26% and revenue of $1.02 billion, making it by far the biggest e-commerce engine in China.

But he also notes that the company has an unusual corporate structure that could lead to problems for investors down the road.  He warns that the company’s ownership team controls the board of directors, which means that if shareholders are concerned about the direction of the company, or if the owners decide to loot the assets and put the money in their own pockets, well, there isn’t much shareholders could do about it. 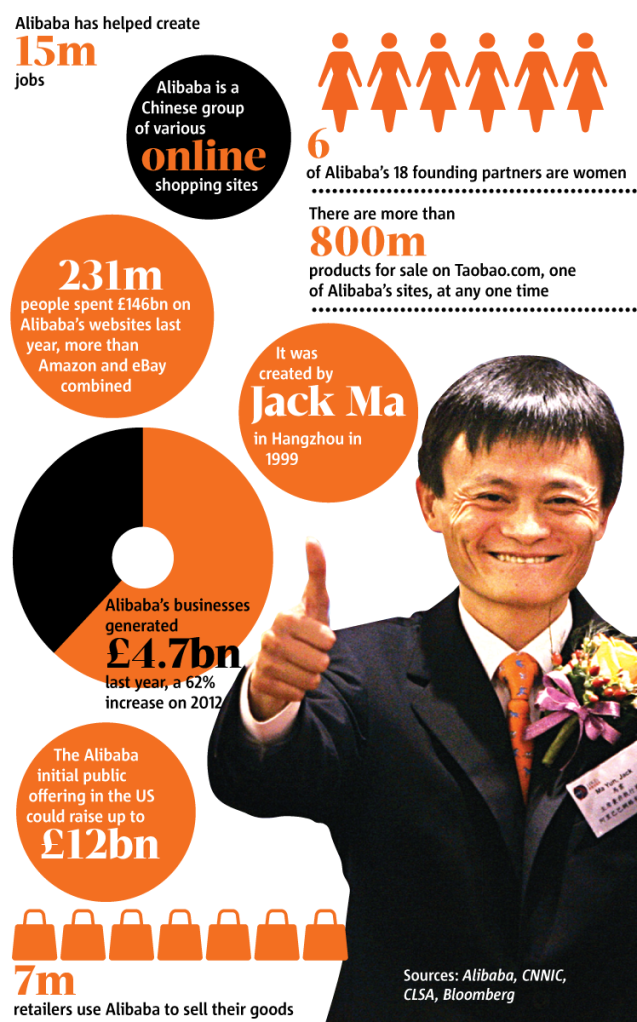 What, exactly, did investors buy in this IPO?  In most cases, IPO investors are purchasing direct ownership shares of the company.  But Alibaba is listed as a variable interest entity, which creates a somewhat more complicated ownership structure.  The bottom line is that shareholders, in this public offering, are actually buying a stake in a company registered in the Cayman Islands, which has a contract to share in Alibaba’s profits.  If shareholders ever became concerned about Alibaba’s management decisions, they would have to go to a Chinese court to get redress.  It is hard to imagine a positive outcome for American investors.

Along this line, it is interesting to note that the original plan was for Alibaba to go public on the Hong Kong stock exchange, but the Hong Kong regulators declined to allow it, citing concerns about (you guessed it!) the ownership structure and fairness to Hong Kong investors.  The New York Stock Exchange may have been more focused on a big payday than on consumer protection when it allowed the company to list in the U.S.
Posted by Ted Feight, CFP® at 11:30 AM No comments: